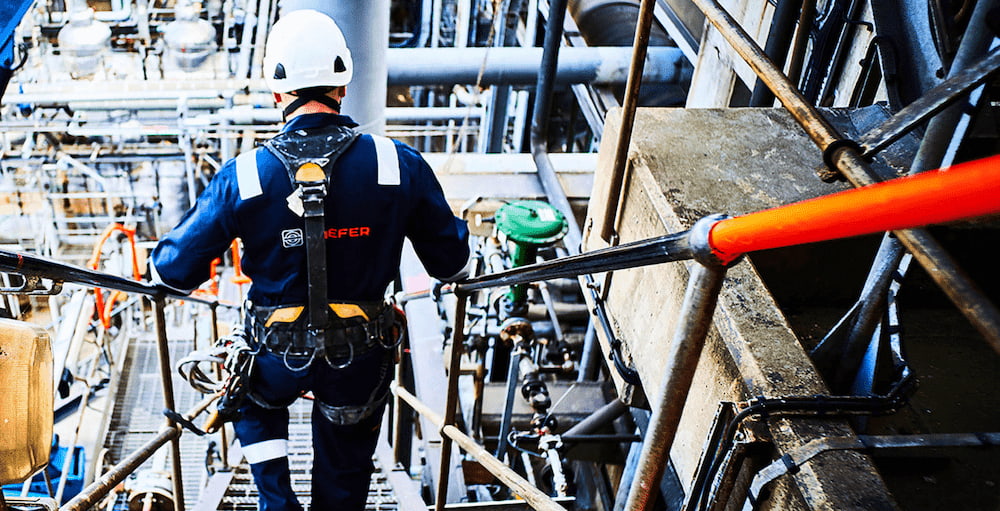 KAEFER have an ongoing contract with British Gas who are carrying out an extensive programme of work over the course of 5 years to install, replace or maintain boilers for their customers. They have been contracted to provide multiple teams across the UK to erect different types of scaffolding at domestic addresses, as and when required. In order to manage their contracts, KAEFER have developed their own in-house system, DPMS, (Digital Project Management Solution), which allows them to track and record the work carried out for all their different contracts.

KAEFER carry out roughly 1,000 jobs a month for British Gas which equates to around 1500 invoices each month. As some jobs have multiple services attached to them, there can often be 2, 3 or 4 invoices related to a single job. As British Gas would not accept the DPMS summary, all invoicing had to be done manually. This created a huge amount of administration, not only to generate and send the invoices but to keep track of what had and hadn’t been sent.

Despite the administration headache that it caused, KAEFER operated the contract in this way for around 6 months, until the difficulty of keeping on top of the sheer volume of jobs per week became too much and the backlog of invoices meant significant delays in issuing after the work had been carried out.

Cooper Software immediately suggested using Trax, our bespoke data integration solution, which has been specifically designed to facilitate data file transfer between IFS and external systems. Trax provides a plug- in framework which allows it to handle files in many different formats and structures.

The solution proposed by Cooper Software would see Trax configured to retrieve data files from KAEFER’s DPMS output location and move them to an IFS Connect location. By return, IFS Connect would generate files in the output folder and Trax would pick the files up and send them to DPMS. Cooper Software also proposed to use IFS Connect to process the XML data files from Trax and push into IFS which would then create an invoice and provide a return message to DPMS with the invoice number and date. By deploying Trax and using XML messages straight out of the DPMS interface, this would completely eliminate the need for any manual entry, saving significant time and effort.

During the initial stages of developing the solution, it became clear that the DPMS solution unfortunately wasn’t mature enough to use as an interface system. An alternative method would have to be found. Attention then turned to KAEFER’s highly utilised Excel tracker. Cooper Software instead suggested that data could be extracted from DPMS into Excel and an XML splitter would then be used to the data in to the file format required by IFS. This would allow for mass uploads of up to 500 invoices at one time into IFS, via Trax. Once in IFS, each invoice would need to be approved by simply ticking a box.

From initial discussions, the solution was developed and implemented in around 2-3 weeks. Despite not meeting the original aim of being a fully end-to-end automated process, the final solution has removed a large part of the previous time consuming, inefficient, manual process and has delivered a valuable solution for KAEFER.

Benefits of the solution

Today we are delighted to help promote the launch of the first ever Virtual World Cup day, hosted...

The 5th July is Homeless World Cup Day, a virtual celebration of the work of the...

The 17th edition of the Homeless World Cup will take place in Cardiff’s iconic Bute Park, in the...